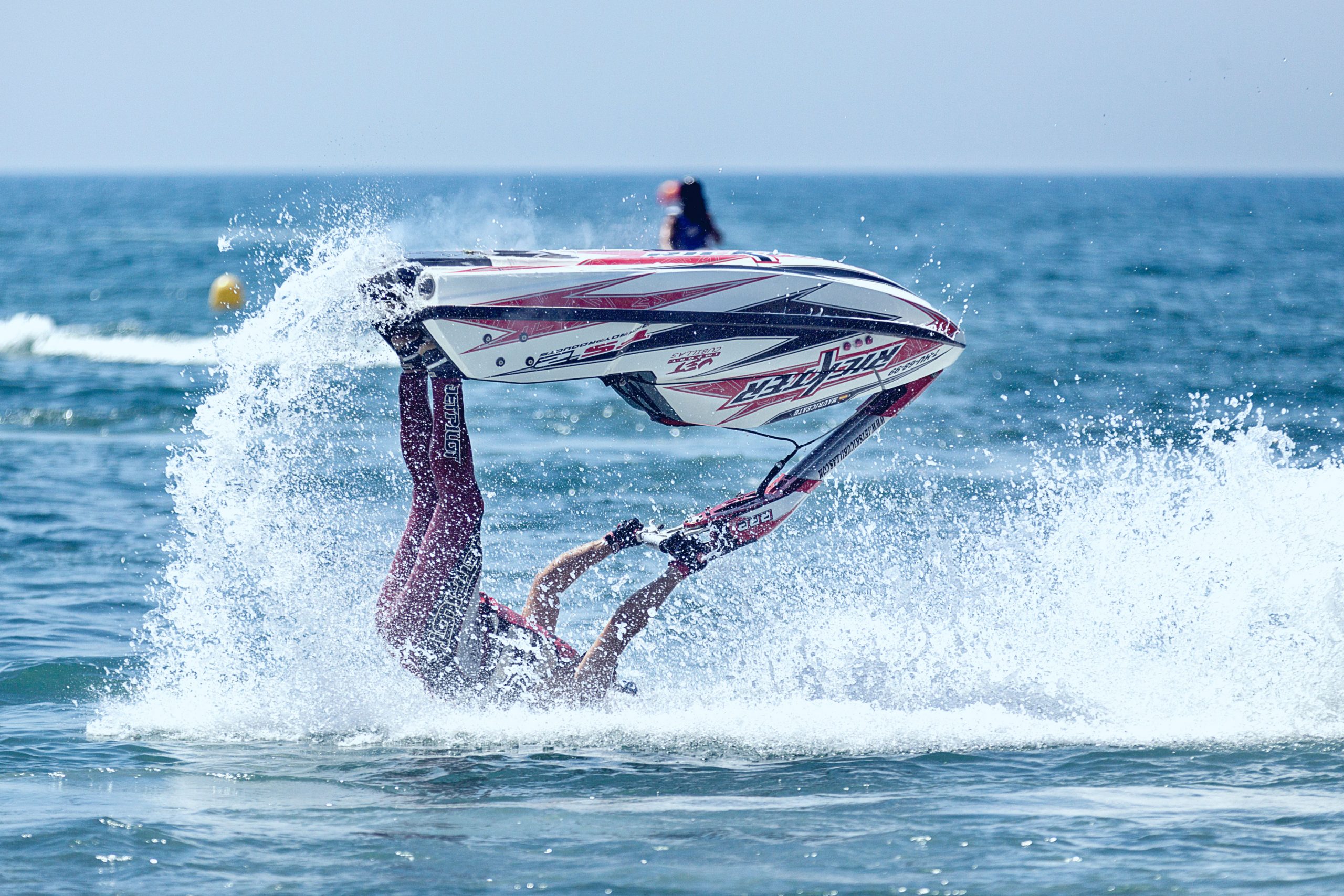 Product launches are tricky. The most cynical statistics show that up to 95% of new products will fail. It seems, then, that many product teams are racing towards failure. To mitigate that risk, it makes sense to take a step back and ask: do people even want this product? Unfortunately, a lot can happen between asking that question and launching the final product.

Below are seven examples of products that failed due to a fundamental — and sometimes outright embarrassing — misunderstanding of what people actually want.

Perhaps the most well-known instance of a product launch gone wrong, this is a prime example of what happens when you understand what your customers are saying, but not why they are saying it.

In 1985, Coca-Cola was in trouble. Their market share had been declining since the second world war, and Pepsi, their main competitor, was consistently beating them in blind taste tests. After doing some research, Coca-Cola learned that the reason Pepsi performed better in blind tests was that people preferred its sweeter taste. The solution: a new, sweeter Coca-Cola flavour which the company swiftly dubbed “New-Coke.”

The result? People absolutely hated it. The launch was such a disaster that Coca-Cola re-introduced their original Coke formula mere months later, rebranded as “Coca-Cola Classic,” which lead to a significant gain in sales.

Coke made two mistakes. First, they failed to understand how the sweeter formula would perform outside the blind test. While people preferred the sweeter soda in blind testing, its sweeter taste proved nauseating after more than a few sips. Second, Coke committed a classic retail sin: they alienated their most loyal customer segment. By tampering with the essence of their product, they ignored the fact that many people were intensely loyal to Coca-Cola.

2. TwitterPeek: What nobody asked for. Or bought.

In 2008, Time Magazine selected Peek’s low-cost, mobile email device as one of the 50 Best Inventions of the Year 2008. The limited-use gadget was applauded for its simplicity, usability, and durability.

In 2009, Peek tried to recreate its earlier success with the TwitterPeek — the same concept, just replacing email capabilities with Twitter. Unfortunately, despite some interest from die-hard Twitter fans, TwitterPeek failed just about as much as the first device succeeded. CNN listed the TwitterPeek as one of the top 10 biggest technology failures of the year and Gizmodo called it “one of the Worst Gadgets of the Decade.”

This is a classic case of trying to provide a need that isn’t needed. By 2009, the market was saturated with smartphones that offered much broader access. Peek’s idea was to target a market of Twitter addicts who didn’t already own a smartphone. Unfortunately, that market didn’t really exist.

On top of that, the TwitterPeek had serious performance issues. If your single-function device can’t perform its single-function… well, that’s not very good, is it?

Bofors is a Swedish weapons manufacturing company that decided, inexplicably, to start selling toothpaste. Let that sink in for a minute.

Bofors — known primarily as a producer of large weaponry — didn’t quite have the brand cache to dispel the gossip, and the toothpaste flopped.

When you’re known for manufacturing anti-aircraft guns and other tools for destruction, you have an uphill battle to fight if you want to convince consumers that your toothpaste is safe for use, especially when you decide to put microscopic plastic balls in it. Maybe if they had consulted their customers, they could have marketed the product better. Sometimes it’s better to stick to your mass production of heavy artillery.

4. Colgate Kitchen Entreés: Because there’s nothing more appetizing than toothpaste

What is it about toothpaste? In another example of a company changing lanes a bit too fast, Colgate decided to get into the frozen food products business. What could possibly go wrong?

In 1985, the frozen dinner market was booming. Colgate thought that they would capitalize on this by getting in on the action. The result was Colgate Kitchen Entreés — the bastard child of toothpaste and ready-made dinners. Colgate played to win, spending huge amounts of money on all kinds of advertising: tv, print ads and coupons.

Just look at the packaging. To Colgate’s surprise, customers avoided this frozen meal in the supermarkets. Maybe, like me, customers felt that toothpaste and dinner don’t go well together. If Colgate had only asked their customers whether this product was something they’d want to sink their teeth into, they could have avoided wasting copious amounts of money, time and bad press. Colgate could have learned from Bofors, but history is doomed to repeat itself.

It’s tough being ahead of your time. In 1995, Nintendo released one of the very first commercially available VR gaming headsets, but a little over a year later they pulled it from production.

In the mid-90s, Nintendo was at the top of the gaming industry. Their innovation teams were busy coming up with their next big platform. Unfortunately for the Virtual Boy, that meant that it was competing internally against the Nintendo 64. Nintendo prioritized the 64, which was released in 1996, and the Virtual Boy got a fraction of its resources.

Nintendo North America projected sales of 1.5 million hardware copies by the end of the year. But by December they had only shipped 350,000 units — leading to its discontinuation only a couple of months later.

The hardware simply wasn’t up to par. Because of the several hardware downgrades during its development cycle, the final product was basically a clunky version of their Gameboy. If Nintendo had tested the final product with their customers, instead of just pushing it to market, they might have learned that the technology they had available simply wasn’t ready yet. With some additional insight, they might have seen the potential in the technology and continued to develop it, perhaps beating current VR front-runner, Oculus Rift.

6. Sony’s eVilla: When arriving late is not fashionable

In contrast, Sony’s eVilla arrived at the party too late rather than too early.

Sony’s eVilla was an internet appliance tool, meaning that its only function was to access the internet. You could write emails, surf the web and play audio and video. You might think that it sounds a lot like a PC, and you’d be right, except it had no hard drive. You could only store files to a memory stick that Sony manufactured, greatly limiting the usability of the product.

In 2001, when this product was released, PCs were a staple of home electronics. Sony’s eVilla, with its high price tag, couldn’t compete against the PC, and it was pulled from production after only three months on the market.

Sony launched a product that was yesterday’s news. The eVilla was introduced to the market at a time when other companies were removing their internet appliances and cancelling subscriptions. With some proper market research, Sony could have seen that the age of the internet appliance was over and reinvested their resources elsewhere.

7. Bic for Her: Pink-washing at its worst

In 2012, Bic was losing sales of its pens to competitors who marketed their products to women. The answer? Pens for women, brilliantly christened “Bic for Her.” Even better — the pink and purple pens were sold at double the price of “normal” Bic pens.

The product line was largely ignored until a few journalists picked it up and encouraged their readers to leave snarky reviews on Amazon: “AT LAST! Bic, the great liberator, has released a womanly pen that my gentle baby hands can use without fear of unlady-like callouses and bruises. Thank you, Bic!”

Ellen DeGeneres, master satirist, skewered Bic for Her in a parody commercial.

Let’s wrap it up and ship it

All too often, when companies innovate, they listen to themselves instead of their customers. When you don’t know what your customers want — and, more importantly, why they want it — the results can be devastating.

With a bit more focus on customer needs, perhaps we can all produce better work and get that failure rate down to 90%.

Looking for a quote, curious to learn more about the platform or just have some general questions? We are ready to help!

Copyright © 2021 UserTribe
Built with love in Copenhagen
All rights reserved.